How To Preserve Oregano For The Best Flavor

Do you love the taste of oregano? Here’s a guide on how to preserve oregano for the best flavor. 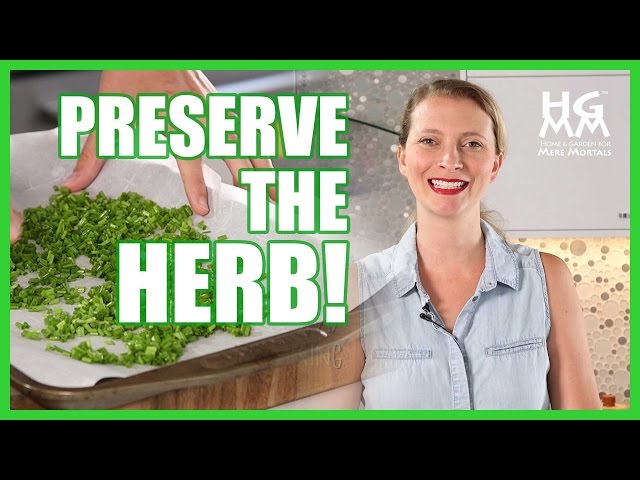 Oregano is a perennial herb with a pungent, aromatic flavor. It is native to the Mediterranean region and is widely used in Italian and Greek cuisine. Oregano is available fresh or dried, and its flavor intensifies as it dries. Fresh oregano can be stored in the refrigerator for up to two weeks, while dried oregano can be stored in a cool, dry place for up to six months.

Oregano is a by-product of the mint plant and is used as a culinary herb due to its strong flavor. It is native to the Mediterranean region and has been used in cooking for centuries. Today, it is a popular ingredient in Italian and Greek cuisine. Oregano can be used fresh, dried, or as a powder. It is also available in oil form.

Like other herbs, oregano loses its flavor over time. Preserving oregano ensures that it keeps its flavor and aroma for longer. There are several ways to preserve oregano, including freezing, drying, and storing in oil.

Freezing is one of the easiest ways to preserve oregano. Simply place the herb in a freezer bag and remove as much air as possible before sealing. Freeze for up to 6 months.

Drying oregano is another easy way to preserve it. Place the herb in a dehydrator or hang it upside down in a cool, dry place out of direct sunlight for about 2 weeks. Once dry, crumble the leaves and store them in an airtight container away from light for up to 6 months. Dried oregano can also be stored in the freezer for up to 1 year.

Storing oregano in oil is another great way to preserve it. Combine fresh or dried oregano with Olive Oil in a blender or food processor and blend until smooth. Store in a dark glass jar in the fridge for up to 6 months

How to preserve oregano for the best flavor

The best way to store oregano

There are a few things to keep in mind when storing oregano to maintain its best flavor. First, since oregano is a dried herb, it should be stored in a cool, dry place away from direct sunlight. A cupboard or pantry is ideal. Second, while oregano doesn’t need to be stored in an airtight container it should be kept in a container that will protect it from moisture. A zip-top bag or glass jar with a tight-fitting lid are both good options.

Once you have your oregano stored properly, it will stay fresh for six to eight months. If you find that your oregano is starting to lose its flavor before that time, you can try revive it by crushing the leaves or stems before using them. This will release the oils that give oregano its flavor and make it more potent.

The best way to use preserved oregano

As with most herbs, the best way to use preserved oregano is to add it towards the end of cooking. This allows the heat to release the essential oils and flavors without cooking them away.

If you are using dried oregano, you will need to rehydrate it before using. To do this, simply soak it in water for about 10 minutes. You can then chop or crush it and add it to your dish.

If you are using fresh oregano, you can chop or crush it and add it to your dish. If you want to preserve the oregano for future use, you can store it in a dry, Airtight container

Herbs are a great way to add flavor to your food without adding calories, fat, or salt. Oregano is a particularly flavorful herb that can be used in a variety of dishes, from pizza to chicken. If you have oregano growing in your garden, you may want to preserve it so that you can enjoy its flavor all year long. Here are some tips for preserving oregano:

– Oregano can be preserved by drying it. Hang theOregano upside down in a cool, dark place or spread it out on a dehydrator tray and set the dehydrator to the lowest setting.
– Once the oregano is dry, you can store it in an airtight container in a cool, dark place.
– You can also freeze oregano. Simply wash the leaves, pat them dry, and then place them in a freezer bag. Squeeze out as much air as possible before sealing the bag.
– When you are ready to use the oregano, you can simply crumble it into your dish.

If you’re looking to add a bit of flavor to your dishes, preserved oregano is a great option. This type of oregano is made by preserving the herb in oil, vinegar, or salt, which helps to keep its flavor strong.

Here are some recipes that make use of preserved oregano:

How long does preserved oregano last?

Preserving oregano is a great way to keep its fresh flavor around for a long time. If you grow your own oregano, or if you simply want to make sure that you have some on hand for cooking, there are a few different methods that you can use to preserve it.

One way to preserve oregano is by drying it. This is probably the most common method, and it’s very easy to do. Simply tie a bunch of oregano together with string and hang it upside down in a dark, dry place. Once the oregano is completely dry (which usually takes about two weeks), strip the leaves off of the stems and store them in an airtight container. Dried oregano will last for several months.

Another way to preserve oregano is by freezing it. This method is best if you plan on using the oregano within a month or two, as it doesn’t retain its flavor as well as dried oregano. To freeze oregano, wash and chop the leaves and then place them in an ice cube tray with enough water to just cover them. Once frozen, transfer the cubes to a resealable freezer bag and return them to the freezer.

If your oregano looks wilted or the flavor is muted, you can give it a quick revive by submerging the stems in hot water for a few minutes. Drain and pat dry before using.

Q: How can I preserve oregano for the best flavor?
A: Store dry oregano in a cool, dark place in an airtight container. To prolong its shelf life, you can keep it in the fridge.

Q: How can I tell if my oregano has gone bad?
A: Oregano that has gone bad will have lost its color and will be pale in comparison to when it was fresh. The leaves will also be limp and have lost their flavor.