How to Preserve Food in the Wild?

Find out how to preserve food in the wild by following these simple tips. 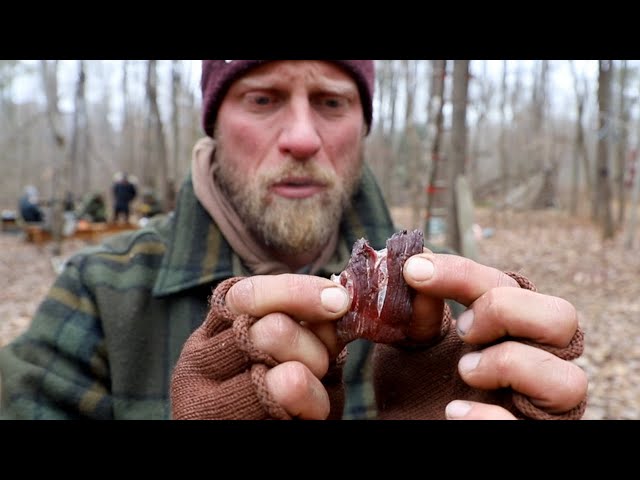 In this article, we will explore some of the key methods for preserving food in the wild. We will cover topics such as smoking, pickling, and curing, as well as how to properly store food to keep it fresh for longer. By the end of this article, you should have a good understanding of how to preserve food in the wild so that you can enjoy it for longer periods of time.

What is food preservation?

Food preservation is any process that prevents food from spoiling.preservation usually involves preventing the growth of bacteria, fungi (such as yeasts), or other microorganisms, as well as slowing the oxidation of fats which causes rancidity.

The benefits of food preservation

In the wild, food preservation is a vital skill. Preserving food allows you to store up supplies for lean times, or to trade with other people for goods or services. Additionally, preserved food often tastes better than fresh food, since the process of preservation concentrates the flavors. Here are some of the most popular methods of food preservation:

-Drying: Drying is one of the oldest and most common methods of food preservation. It works by removing water from the food, which prevents bacteria and other microorganisms from growing. Drying can be done in the sun, in a dehydrator, or in an oven set to a low temperature.

– smoking: Smoking is another ancient method of preserving food. It works in a similar way to drying, by removing moisture and preventing bacteria from growing. However, it also adds flavor to the food. Smoking can be done using a smoker or by simply hanging the food over a fire.

– salting: Salting is another popular method of preserving food. It works by drawing water out of microorganisms, which prevents them from growing. Salt can be applied directly to meat or fish, or it can be used to make brine (a salt water solution), which can then be used to pickle vegetables such as cucumbers or onions.

The methods of food preservation

There are many ways in which you can preserve food while you are in the wild. Some methods are more effective than others, and some will work better for certain types of food than others. The most important thing is to plan ahead and to be prepared.

One of the most common methods of food preservation is to dry foods. This can be done by sun drying or by using a dehydrator. Dehydrating foods is a very effective way to preserve them, and it also has the added benefit of making them lighter and easier to transport. Sun drying is not as reliable, as it depends on the weather, but it can be done if you have a sunny day and a strong wind.

Another common method of food preservation is to pickle foods. This involves soaking them in vinegar or brine (a salt water solution). Pickling is a good way to preserve meats and vegetables, and it can also add some extra flavor to them.

Smoking is another popular method of preserving food, especially meat. Smoking meat over a fire gives it a smoky flavor and helps to keep it fresh for longer. It is important to make sure that the meat is cooked properly before smoking it, as this will help to kill any bacteria that may be present.

Finally, one of the best ways to preserve food is simply to store it in a cool, dry place where it will not spoil. This might mean keeping it in a root cellar or other cool basement area, or even in an airtight container in the fridge or freezer. Whatever method you choose, make sure that you label your food so that you know how long it will last.

The history of food preservation

-The first recorded instance of food preservation was in China around 1000 BCE when salt was used to preserve meats.
-In the Roman Empire, early methods of food preservation included drying and salting, as well as pickling in vinegar.
-The first mechanical refrigeration system was invented in 1748 by William Cullen and was used to cool air.
-In 1876, Carl von Linde invented the modern refrigerator, which revolutionized food storage and changed the way we preserve food.
-In 1903, the first canning factory was opened in England, making it possible to mass-produce canned goods.
-During World War II, rationing and food shortages led to a renewed interest in home food preservation, such as canning and pickling.
-Today, there are many different ways to preserve food, from freezing and canning to vacuum sealing and irradiation.

Food preservation in the modern world

In the modern world, we are very lucky to have many options for preserving food. We can can, pickle, dehydrate, freeze, and smoke our foods to name a few. However, in the wild, we may not have access to these same options. Here are some tips on how to preserve food in the wild:

-Drying: One of the oldest and most effective ways to preserve food is by drying it. This can be done by sun or air drying.

-Smoking: Smoking meat or fish is another great way to preserve it. The smoke will act as a natural preservative.

-Pickling: Pickling vegetables in vinegar or brine is another excellent way to keep them fresh.

-Freezing: If you have access to ice or snow, you can freeze your food to preserve it.

With these tips, you should be able to keep your food fresh and safe in the wild!

The future of food preservation

While we humans have been preserving food for centuries, the methods and technology we use have come a long way. In the past, people preserved food by pickling, salting, smoking, drying, and refrigeration. However, these methods had their limitations. For example, smoking and drying food could make it tough and unpleasant to eat. And pickling and salting food could make it too salty for some people’s taste.

With the advent of canning, freezing, and vacuum sealing, we now have more options for preserving food. These methods are more effective and allow us to preserve food for longer periods of time.

Canning is a process that involves sealing food in jars or cans and then boiling them to kill any bacteria that might be present. This method can be used to preserve fruits, vegetables, meat, fish, and sauces.

Freezing is another effective way to preserve food. This method works by suspending the growth of bacteria in food. When done properly, freezing can preserve the quality of food for months or even years.

Vacuum sealing is a process that removes air from a container before sealing it shut. This eliminates the oxygen that bacteria need to grow and multiply. Vacuum sealing is an effective way to Preserve Meat fish, fruits, and vegetables.

Below are some frequently asked questions about food preservation:

-What are some good methods for preserving food in the wild?
There are many methods of food preservation, and the best method depends on the type of food you are trying to preserve. For example, dehydration is a good method for preserving fruits and meats, while canning is better for vegetables and fruits.

-How long can preserved food last?
The shelf life of preserved foods depends on the method of preservation used. For example, canned foods can last for years, while dehydrated foods will last for months.

Food preservation is the process of treating and handling food to stop or slow down spoilage (loss of quality, edibility, or nutritional value) and prevent foodborne illness.

There are many different methods of food preservation, including canning, pickling, drying, freezing, and refrigeration. All of these methods work by either stopping or slowing down the growth of bacteria, moulds, and yeasts, or by preventing the action of enzymes that can cause food to spoil.

In conclusion, there are many ways to preserve food in the wild. The best method depends on the situation and what is available. Sometimes it is best to simply keep the food dry, while other times it may be necessary to smoke or cook it.