How to Cut Jalapeno Peppers Safely

How to Cut Jalapeno Peppers Safely – Learn the best way to cut jalapeno peppers so you don’t end up with a burning sensation. 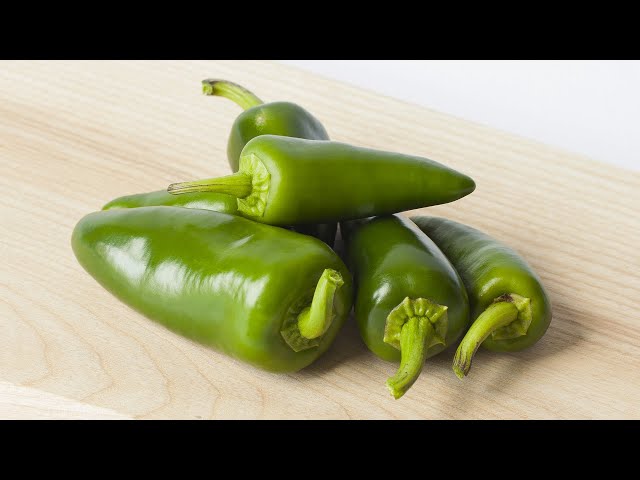 One of the best ways to avoid getting Capsaicin, the chemical that makes peppers hot, on your skin is to wear gloves. Any kind of gloves will do, from latex to rubber to nitrile. Regardless of the type of glove, you’ll want to make sure it fits snugly so that no skin is exposed. If you don’t have gloves, you can also use a plastic bag to cover your hand.

Wash the peppers. Cut off the stem end of the pepper and discard it. Slice the pepper in half lengthwise. If you are cutting multiple peppers, stack them and cut them all at once.

Carefully remove the seeds and white membrane from inside the pepper halves. You can do this by scraping with a spoon or using your fingers. If you want your peppers to be less spicy, make sure to remove as many seeds as possible.

Once the peppers are seeded, slice or dice them as desired. If you are not using the peppers immediately, store them in a sealed container in the fridge for up to a week.

If ’re cutting a lot of peppers, or if your skin is particularly sensitive, you may want to consider wearing gloves. You can find disposable gloves at most drugstores, or you might already have latex or nitrile gloves around the house for other tasks.

If you don’t have gloves, there are a few other precautions you can take to avoid getting the capsaicinoids on your skin:
-Wash your hands thoroughly with soap and water after handling the peppers.
-Avoid touching your face, especially your eyes, while working with the peppers.
-Wash any cutting boards, knives, and other utensils that come into contact with the peppers.

Wash your hands thoroughly with soap and water after handling peppers.

Cut the stem off the pepper.

Slice the pepper in half lengthwise.

Scoop out the seeds and ribs from the pepper with a spoon.

Cut the pepper into thin slices or dice as desired.

After you have cut the peppers, you need to store them properly to preserve their flavor and texture. Store them in a plastic bag in the refrigerator for up to one week. You can also store them in a freezer bag and freeze them for up to three months.