How to Cut an Eggplant

You’ve probably seen eggplant in many dishes but have you ever cut one? It’s actually quite easy! Follow these steps and you’ll be an eggplant cutting pro in no time. 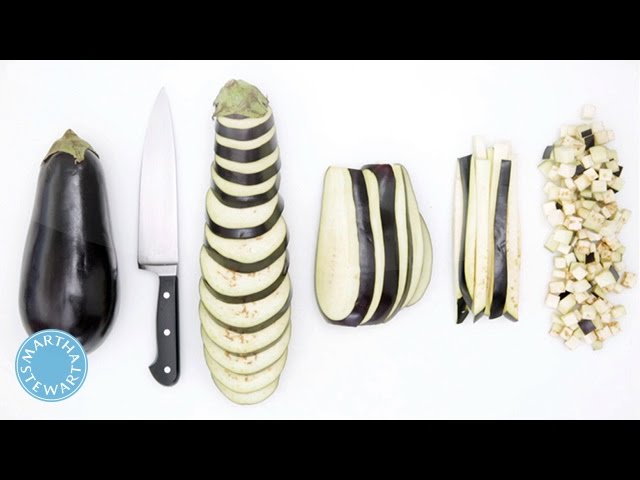 Eggplants are a delicious and versatile vegetable that can be used in a variety of dishes. But before you can enjoy them, you need to know how to properly cut an eggplant.

Here are some simple instructions on how to cut an eggplant:

Eggplants can be a bit tricky to cut, but with a sharp knife and a little bit of practice, you’ll be slicing them like a pro in no time. Here’s what you’ll need:
-A sharp knife: A dull knife is more likely to slip and can make cutting through the tough skin of an eggplant difficult.
-A cutting board: You’ll want to make sure you have a stable surface to work on so that your eggplant doesn’t move around while you’re cutting it.
-An eggplant: Make sure to choose one that is firm and free of blemishes.

It’s easy to cut an eggplant once you know how. Here are step-by-step instructions for cutting an eggplant into cubes:

1. Start by washing the eggplant well. There’s no need to peel it unless you’re using a very young, tender eggplant.

2. Cut the stem off the eggplant.

3. Cut the eggplant in half lengthwise. If it’s a large eggplant, you may want to cut it into quarters first.

4. Slice the Eggplant crosswise into pieces that are about 1/2-inch thick.

5. To cube the eggplant, simply cut the slices into 1/2-inch cubes. That’s it!

Eggplant can be a tricky vegetable to cut, but with these tips and tricks, you’ll be an eggplant-cutting pro in no time!

First, start by cutting off the stem. You can do this with a sharp knife or even a pair of kitchen shears. Next, cut the eggplant in half lengthwise. If your eggplant is on the larger side, you may need to cut it into thirds.

Eggplant skin can be tough and bitter, so you may want to remove it before cooking. To do this, simply peel off the skin with a vegetable peeler or paring knife. However, if you’re short on time or don’t mind the skin, there’s no need to peel it off!

Now that you know how to cut an eggplant, you can make all sorts of delicious eggplant recipes. Eggplant Parmesan, eggplant lasagna, roasted eggplant, and grilled eggplant are all great choices. And don’t forget about ratatouille – a classic French dish made with eggplant and other vegetables. No matter how you choose to prepare it, cutting an eggplant is the first step toward making a delicious meal.